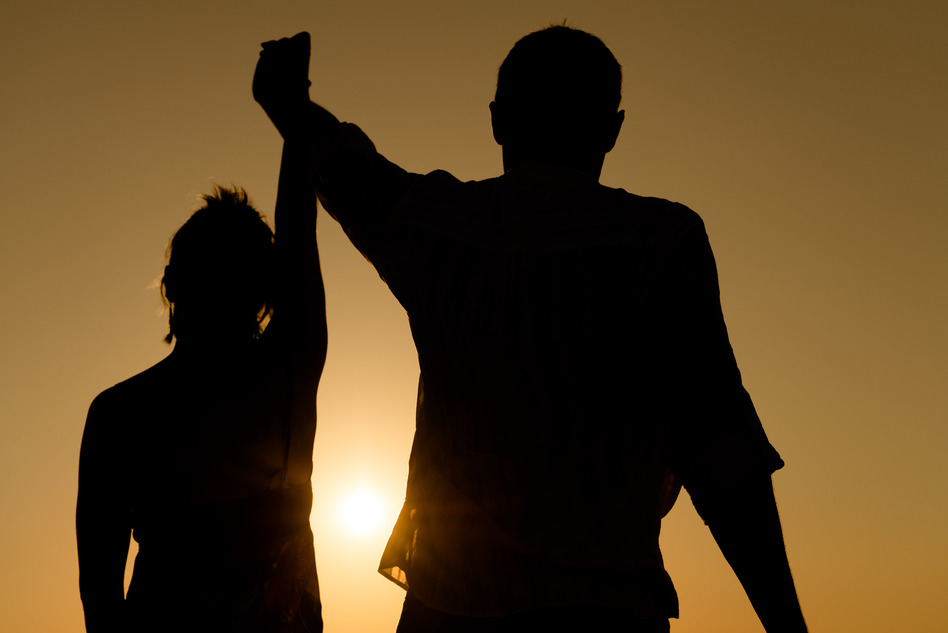 Well, we still couldn’t get through a good conversation about it, so we went to a therapist a few times but it didn’t help. In fact, it seemed to do more harm than good, and we grew further apart.

The distance was excruciating, but because he didn’t want to have the hard conversations, I eventually just buried my pain and tried to pretend I didn’t feel it anymore.

Then he returned to it again.

But I was clueless.
I was so clueless I even started telling him, “You’ve been clean for so long, I don’t think you have to refer to it as your ‘problem’ anymore. You seem to be past it.”

A few months passed, and I began having suspicions. A couple days later something felt very strange, so it didn’t take long for me to confront him (using two awesome tools I found: Tool 1 and Tool 2.).

I felt so small. He wanted other women, women I could never compare to. That felt horrible on its own. But what really tore me apart was that for four years,
he’d looked me–in the eye–and lied to me

Something in me changed the night of that confession. Something in me broke. He’d lied so often, how could I help him rebuild the trust? And why would I want to?

It took a while, but when the dust settled I knew I had to try.
If I didn’t, I’d be haunted by questions like, “If I had stayed and did everything I could to help rebuild it, could we have made it? Did I give up too quickly?” I didn’t want to throw away fifteen years of marriage, so I decided to ‘go again.’

BUT this time I couldn’t do it like I did before.

I’d tried to be the good little wife who never said much.
The wife who met his needs and didn’t ask for much in return.
The wife who’d been silenced by labels.
The wife who tried her best to do this the way everyone said I should.

I was no longer that wife.

Not talking about these things gave us a relationship neither one of us wanted.
So I asked myself, “Do I have a say in what happens to me in this marriage?”
I answered with a resounding, “Yes!” and I went for it.

I gave it everything I had.
After a while, so did he. And it paid off.

Over time, I will blog on some of the things that helped, but for now
just know we are doing much better.
(It kinda feels like we’re newlyweds sometimes.)

He’s been clean since 2010.
And the cool thing is: he hasn’t been “white-knuckling” his sobriety.
He’s found freedom, yes, but it’s more than that.
The techniques we found help him remain truly free
and keep us happy and connected and attracted to each other
…and only each other.

And I can say
I actually trust him again.

I feel really good about my future for the first time in our marriage.
Now I want to help you have the same thing.
It is possible, but the choice is yours.

In my day job, I help women recover from betrayal trauma, and as much as I love working with them, it does involve some heaviness.

So I told Jay, “I’d like something we can do that is a little lighter,” and God gave us the idea of The Couple Cure, a way to give the tools we found to couples who just want to improve an already good marriage like yours.

-Resolve conflicts with out fighting.

-And strengthen the relationship.

In closing, I hope our paths cross some day, whether at a booth set-up at a conference or at one of our seminars. If not, I wish all of God’s best for you and your marriage.

Make sure this account has posts available on instagram.com.